Home > Social Media > Web Design > Instagram Likes Way Down? You May Have Been Shadowbanned!

What is shadowbanning and how do you know if you have been affected?

Here is our experience thus far…

Feb 23rd we posted and received 112 likes and 6 comments.

March 3rd we posted and received 12 likes and 0 comments.

In the days that followed we posted several times with very little engagement.   We conducted various experiments trying to figure out just what the heck was going on.  How exactly does one go from consistently receiving over 100 post likes to barely scraping together 10?

We tried a new batch of hashtags, we tried converting the account from Business back to Personal, we posted photos with the exact same hashtags two minutes apart from this account that has 1100 followers and another that had only 220.  The post from this account got 12 likes and the other one got 36 likes.  We checked every hashtag and there they were showing up in the public stream.  We googled, debated and reenacted our issues until our temples were throbbing and yet still….nothing made sense.

Eventually we just gave up and stopped posting.

We did see other people complaining that their engagement was also down but with our posts showing up in the hashtag feeds whenever we checked we could only assume that for some reason, some strange, horrible reason….people had just stopped liking us.

And then we discovered something called “Shadowbanning”.

You know how people say they would just like the closure even it’s the worst possible outcome?  Well that’s what shadowbanning is.

How do you know if it’s the answer you’ve been looking for?

An Instagram Shadowban is where your hashtags stop showing up in the public stream but still appear in the hashtag feeds of all your current followers. So anyone who doesn’t follow you will never see your posts in the hashtag stream thereby limiting your reach to the audience who already follows you.  Yet when you search the public stream yourself you will see your posts and nothing will seem amiss.  Tricky, huh?

If you are noticing a sudden death in your Instagram engagement and reach you will need to have a second account or a friend unfollow you and then search the public feeds for your hashtags to see if you appear.

If you aren’t appearing then you can safely assume you have been shadowbanned.

Some of the possible causes are as follows:

Any 3rd party application that follows, automates, comments as you, posts as you or generates followers is a no-no.  This one is kind of a given and you probably shouldn’t be too surprised.

If you’re using the same hashtags for every single post that could trigger a red spam flag. Switch it up!  This is where I believe we went wrong.

A following/unfollowing spree or a mass like fest could be the issue.

There are obvious no-no hashtags and then there are hashtags that while seemingly innocent, still get hijacked for nefarious purposes.  Like for example “model”.  (Search at your own risk).   You might find yourself caught up in a hashtag sting – you will know if when you search for this hashtag, there are limited posts and no “Top Posts” or a message stating such.

So I’ve been shadowbanned, now what?

First of all, is shadowbanning actually a thing?

On the user side, yes shadowbanning is absolutely a thing that is currently being experienced by many users and there is no one stop shop solution to getting unshadowbanned.

Instragram, however is being a little more cagey about addressing it as an out and out ban,  preferring instead to call it “intended functionality” and referring to a very complex series of variables that make up the algorithm that determines what shows in the hashtag streams. Or doesn’t show in this case.

Good luck getting any sort of sympathy from Instagram.  You’re basically on your own.

Here are some tips from those who have experienced and overcome the shadowban.

1. Stop using bots or automaters
2. Regularly cycle through new hashtags and make sure your hashtag is not on the blocked list
3. Lay low for a little while.  Sometimes just a couple of days of minimal activity will get you back to normal
4.  Try switching back to personal for a while

We will let you know how it goes with our own account.

We are set up on an unfollow tracker app so hopefully getting off of that will help (though we are on it with several accounts and none of those have been shadowbanned).  And new posts will have a variety of hastags. It’s been almost two months for us so hopefully something works!

Have you experienced a shadowban?  Why and how did you get out of it?  Comment below and share your experiences.

UPDATE:  We unlinked our account from an app called “Get Followers” that we were actually only using to track unfollows and within 8 hours we were unshadowbanned! Several other accounts that we manage that were linked to the Get Followers app were not shadowbanned.
On a side note:   there is a website “azure” that claims to have a tester to determine whether you are shadowbanned or not.  It does not work despite their claims to the contrary.

SECOND UPDATE: Further to our last update we have noticed some oddities.  Our first post after being unshadowbanned went off without a hitch.  Second however was shadowbanned between 2 and 5 minutes after being posted so it did appear in the public stream for a brief time where it generated some engagement but then there was a sudden death in likes so we did some experimenting.  We deleted the post and then posted a new one with minimal hashtags that we had never used before.  Shadowbanned.  We reposted the same post again, more hashtags, same experience…showed in the public stream for a few minutes and then banned after about three minutes.  8 hours later it inexplicably started reappearing in the public feed. However the minimal tags post that unreasonably triggered the shadowban continues to be banned from the public feed down to the time of writing.  We posted three more posts over the next day or so and none of them were shadowbanned,  one with 20 hashtags reused from prior posts,  one with brand new hashtags, none banned.  We also noticed that any posts  from the two month period between February and May that we first noticed the shadowban still do not appear in the public feed.  There is no identifiable catalyst for being shadowbanned but we will continue to experiment and try to establish rhyme or reason. 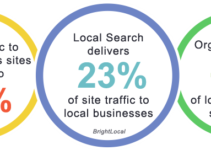 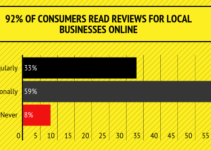