Hallelujah the end of flat design!

While Microsoft pioneered its reintroduction, it was the release of iOS 7 in the summer of 2013 that really ushered in an era of “flat design” that we have been struggling to shake since. In regular speak, flat design refers to the removing of stylistic characteristics (drop shadows, gradients, and textures) meant to make an element feel three-dimensional or appear as though it lifts off the page.

While it did allow for a minimalistic and modern aesthetic for a time, it eventually left most designers bored to tears and we are happy to see it go in favour of something more creative. And 2017 is just the year to do that!

Until recently, web design was dominated by plain neo-grotesque styles, such as Helvetica, Geneva, Roboto, Impact, or Open Sans. For 2017 the type trend is leaning more toward the creative end of the spectrum with mixtures of serif and non-serif, hand-written and contemporary and even

custom designed. We’ve even seen top brands using handwritten fonts in marketing collateral! Arranged together, different typefaces can create a larger vision with the font becoming part of the story.  Companies are starting to recognize that different typography can attract different audiences and draw in a new consumer.

The trend here is enormous headlines contrasting sharply with delicate and thin decorations and separators.

Linear headlines are no more and designers are experimenting with shape and placement, changing up justification and layout, adding unique elements and contrasting letters against a backing graphic or even going without a heading (above the fold at least).

In one word. Chaos.

The vertical portal style of boxed themes are gone, and in their place are uneven, asymmetrical and open concept layouts. With imbalanced left and right sides, disproportion is the word of the day. Geometric cards and styled boxes are collected together unevenly like a house of cards and open compositions with loosely suspended elements that disappear somewhere off-screen.  Anything goes for 2017!

Geometric Shapes are the “one to watch” trend of 2017 when it comes to graphics. The use of circles and other cutout shapes in and around images, photos that are geometrically heavy, the use of lines, patterns and hand drawn elements are all prevalent in progressive web designs.

VR and 360º video – Creates a breathtaking, interactive experience and can be incorporated into web design.

Cinemagraph – Not quite a photograph but not a video either, a cinemagraph is a creative way to bring life to a static photo without weighing down the load time.

The duotone effect-some designs are even experimenting with two or three colors. Think the new Instagram brand. Using duotone imagery that combines a couple of colors together is a modern twist on outdated old and tired gradients and solid color areas and help add colour while maintaining a colour theme.

Bright, saturated hues are connected with happiness and desire and are often engaging for the user and bring focus to the message while creating an emotional connection. (Again think Instragram.) 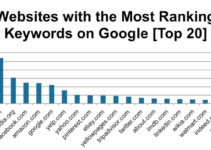 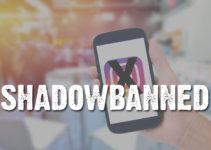